There has been significant controversy in recent years embroiling the pharmaceutical industry concerning alleged price gouging targeting some of society’s most susceptible members including, the sick, elderly, and children. This phenomenon presents a conundrum when viewed through the labor theory of value, which purports that the value of any good is derived from the quantity of labor utilized to produce it. Clearly if this were the case, a company like Turing Pharmaceuticals would not be able to raise the price of a drug 5000% overnight because the quantity of labor going into production did not change. Alfred Marshall presents an explanation for this in his work, Principles of Economics. “Four classes stand out. In each, price is governed by the relations between demand and supply.” Here Marshall posits that, instead of the price of a good being determined by labor inputs, price is determined by supply and demand forces. The classes he refers to are different time frames that alter the dynamics of the supply-demand relationship. This realization sheds some light onto the situation. Daraprim (the drug in question) is a relatively specialized drug used to treat a parasitic infection found most commonly in HIV patients. Due to rarity of this condition, the demand for Daraprim is low simply because there are few individuals demanding it; however, the individuals demanding this drug rely on it for survival. This creates a near perfectly inelastic demand– consumers will pay any price for the good. Generally, demand is negatively sloped, implying that as price increases consumers will demand less of the good. This acts to dissuade producers from raising the price of their good because they may sell the product at a higher price, however they will sell fewer of them.

Unfortunately, there are certain products that do not follow this pattern. A drug like Daraprim is essential to consumers and there are few substitutes available because the market price did not justify more production and research in this area. This is a case of near perfectly inelastic demand. In this case, the sole producer can charge virtually any price they wish and consumers will still pay because their only other option is to get sick and eventually die; most people are willing to pay significant amounts of money to continue living. 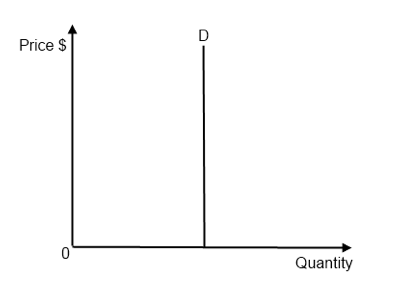 Basic economic theory states that, given the drastic increase of price, new producers should enter the market in order to capitalize on the profits, however Marshall’s modern-day relevance is once again noted as he reveals a small caveat preventing this by differentiating between time frames. Marshall believes that producers face added limitations in the short-term not imposed during longer time horizons. He defines supply in the short term as “…what can be produced for the price in question with the existing stock of plant…” Producers are subject to utilizing only pre-existing capital in the short term. The existing stock of plant, in our case study, is the limited production capabilities controlled by Turing Pharmaceuticals. New pharmaceutical companies cannot start production of a drug, clear the necessary legal hurdles, and ship out that drug in a few weeks. The process takes years, during which time, Turing is able to reap abnormal profits. A year after the price hike, the price of Daraprim was still $350 per pill— a 2500% increase compared to the costs before Turing bought the rights to it. Alfred Marshall correctly posited that price was not in fact governed by the inputs used to produce a good, but instead was determined by the intersection of supply and demand in each of the time frames; however, shorter time frames placed limitations on both producers and consumers that were nonexistent in the long run. Not only are firms unable to start production of the existing drug, but the market has not had enough time to develop effective substitutes as Marshall acknowledges of the short run, “the general circumstances of the market remain unchanged throughout this period; that there is, for instance, no change in fashion or taste, no new substitute which might affect the demand, no new invention to disturb the supply.” Potential suppliers are restricted even further by the arduous process of getting new drugs approved– a process that takes an average of 12 years further exacerbating the ability of firms to price gouge. Market prices are indeed determined by supply and demand forces, and in an industry of inelastic demand, the consequences of this fact can be devastating. Though the introduction of new drugs in the long run may create a reasonable equilibrium price, it is crucial to take Marshall’s distinction between the different time frames into account.